It bears repeating: Funding can be the difference between a dream and a completed project. And when the dream is big, it takes some planning to ensure the entire, complex project can be funded.

From grants to loans, several programs are available to get financial help for municipal infrastructure projects. And now, with the roll-out of the American Rescue Plan Act (ARPA) and the federal infrastructure bill on the horizon, there are even more resources. Each program, however, has its own requirements, and local governments need to make sure they’ve positioned their projects for the greatest success in capturing these funds.

To illustrate, we’ll look at a snapshot of what the City of Northwood, North Dakota, has done to date, and what they’re anticipating for the future.

Northwood has 9.5 miles of paved and gravel streets. With no stormwater system, extreme frost heaving, and a water table that rises through the native silt and clay soils into frost depth, many of their 25-year-old paved roads have crumbled and their gravel roads’ drivability has significantly degraded. To update and rebuild Northwood’s streets and address the stormwater and water table issues would result in a construction cost that is beyond the budget of this small town of less than 1,000 people.

Widseth developed an infrastructure study that analyzed needed repairs alongside community input on how best to implement those changes. Multiple meetings with the community allow citizens to discuss the issues and potential solutions, better understand the project’s budget and impact on property assessments, and help set goals.

Widseth’s funding specialists worked closely with the engineers to break the overall project into separate, smaller projects that could be developed over time. Each phased project targets specific funding options, in terms of preparation needed, type of infrastructure being added or repaired, and other parameters. The city has already received a loan from the North Dakota Public Finance Authority (PFA) for $7 million to construct a portion of the new stormwater system. PFA administers a State Revolving Fund (SRF) that provides loan and grant funding for drinking water, wastewater, and stormwater projects in cities and counties. Widseth’s team continues to research and identify the best ways to bridge the remaining funding gap in Northwood. There are a few alternative federal funding sources that could reduce the overall project’s cost, including a couple of new ones.

The American Rescue Plan Act (ARPA) is intended to deliver relief to state, local, and tribal governments to invest in water, sewer, and broadband infrastructure. So far, ARPA funds have been distributed to rural communities that have requested them. They can be used for water supply, wastewater, and stormwater infrastructure improvements, as described by PFA. ARPA funding is allocated in the range of $105 to $110 per capita. As most outstate communities have a population of fewer than 1,000, the ARPA allocation is often less than $100,000. In most cases construction costs far exceed this amount. ARPA funding can, however, provide a way to pay for a Preliminary Engineering Report (PER), which is an essential planning report that funding agencies require. Investing in a PER or Engineering Study may be a sensible decision for small cities. It will position your project to be “shovel ready” for potential larger infrastructure funding.

Funding may become available through the highly anticipated federal infrastructure bill, which at this writing has been approved by the Senate and needs approval by the House before going to the president’s desk. While the approved bill is significantly scaled back from the initial request, the $550 billion plan sets aside millions in new investments over the next five years for water, road, bridge, and other infrastructure projects.

The Federal Emergency Management Agency (FEMA) is another avenue to explore. Its programs offer funding for projects that will reduce the risk of flood damage, such as in Northwood.

To capitalize on as many sources as possible for Northwood, Widseth completed a PER for the project, making it shovel-ready (i.e., able to start construction upon approval of funding). Many of the funding programs are quite competitive, and Northwood continues to work with Widseth to put together solid, responsive applications while waiting for more details to emerge about the bipartisan infrastructure bill. The community recognizes that it’s worth the wait to help reduce the impact of the total project cost on the city and its residents.

Taking a phased approach to a large, complex project extends the time between project kick-off and project completion. A patient and unrushed approach can increase the likelihood of securing alternative funding, thus reducing the economic impact.

Northwood entrusted their citywide project to Widseth’s engineers and funding specialists, and we can help your community, too. Large infrastructure projects may be a once in a generation undertaking, but given our careful approach to planning, you don’t have to saddle future generations with ongoing infrastructure problems. 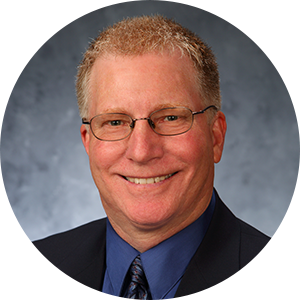