Don’t Let Swimmer’s Itch Get in the Way of Enjoying the Lake!

Nothing can spoil summer in Minnesota quite like a case of swimmer’s itch. Fortunately, we don’t get the truly nasty forms of swimmer’s itch found in tropical areas, but it can get in the way of what should be an enjoyable time at the lake.

Understanding how it happens will help you avoid it.

Known technically as cercarial dermatitis, swimmer’s itch is that annoying skin rash you can get from swimming in some lakes. The itch usually occurs within two to seven days after exposure in the water. It’s characterized by red bumps (known as papules) that look like bad mosquito bites. Children tend to get more than their fair share of the itch because they usually swim more, may have more sensitive skin than adults, and may have a harder time overcoming the urge to scratch. A mild over-the-counter antihistamine or corticosteroid cream can provide relief, or you may want to try soaking in a bath with Epsom salts, baking soda, or oatmeal. Cases lasting several days should been seen by a dermatologist.

The culprit of swimmer’s itch is the larval stage of a parasitic blood fluke that occurs naturally in most lakes. The two-month life cycle involves two hosts — a bird and a snail. The adult parasite lives in the waterfowl host, then passes along its eggs to the bird’s digestive tract. Eggs are passed into the water via feces, where they can hatch within an hour under favorable conditions.

What hatches out of the egg is the aquatic larval stage (miracidium) of the parasite. It is free-swimming but non-feeding and survives for about a day. The larva enters its second host, a snail. It then goes through two sporocyst stages that take about a month. The emergent larva (cercaria), which is 1/80-inch-long and transparent, exits the snail as another free-swimming, non-feeding form. The cercaria must now find a bird host to complete its life cycle, so it tends to reside near the surface of the water. This is the stage that causes swimmer’s itch.

It should be noted that there may be over a dozen species of itch-causing flukes in Minnesota, each tending to be species-specific. In other words, a certain species of fluke can only carry out its life cycle in one species of snail and one species of bird. Some bird hosts include common mergansers, mallards, Canada geese, swans, and red-winged blackbirds.

How can swimmer’s itch be prevented? First, avoid swimming in areas where it’s a known problem. If you’re not sure if there’s been an outbreak, then avoid an area with an onshore wind; wind that blows from the water toward the shore can blow in and concentrate a larger population of flukes. Rinse off with fresh water right after getting out of the lake. If fresh water is not available, then towel off immediately; the cercaria cannot penetrate the skin if you rinse or wipe them off first. They will die quickly on your towel and fall off. If you don’t towel off, the flukes will stay in the evaporating water on your skin, burrowing into your pores and then dying, causing the itch.

Before anyone enters the water, there are measures you can take to lessen the impact of fluke hosts in your swimming area. First, don’t feed the birds. A smaller number of birds in an area reduces the chance of the parasite being passed into the aquatic stage. Second, avoid placing rip-rap on your shore. Rip-rap is an excellent surface for snail eggs to attach. More snails equal a greater probability for swimmer’s itch.

Our area boasts some of the state’s finest lakes. With some prevention, you can enjoy your summer itch-free. (But just in case, you may want to keep some treatments handy.) 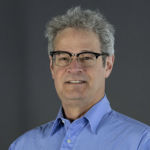