How do you revive an aging retail development? Rethink how to reuse it – again.

When an older mall loses its tenants for newer retail developments, the spaces they leave behind still hold many enticements like wide-open spaces, plenty of parking, locations near densely developed neighborhoods and highly visible roads, and the community knows how to get there. Such was the case for Mankato’s Madison East Center—many amenities, offering lots of potential for the right developer.

Mankato’s local hospital houses both the Mayo Clinic Health System and Mankato Clinic. It’s landlocked by a dense residential area, making it increasingly difficult and expensive to expand on that campus. Both clinic systems recognized the opportunities at Madison East Center and relocated a few departments such as mental health and physical therapy. Over time, other medical tenants moved, too, breathing new life into the aging regional mall. The one thing that remained was creating a new image that represented the tenants and a vision to further the building’s renaissance.

“Madison East Center was an early example of repurposing a traditional ‘shopping mall.’ This property's visibility and central location positioned it for prime medical use,” says David Schooff, President and CEO of Coldwell Banker Commercial Fisher Group. “We want to make sure whichever businesses do go in the expansion are cohesive with the vision of Madison East becoming a destination medical and lifestyle campus.”

Widseth’s civil and architectural teams took that vision and worked together to create a master plan and a phased approach to update the entire development. Our architects and engineers

explored multiple design factors to find a successful solution, including:

These new spaces are attracting medical related businesses, including first tenant Handi Medical Supply, a company that supplies medical products to patients and providers. Rasmussen University, whose nursing and health services programs are two of their largest offerings, has taken up residence, as well.

Just after this phase of the project was completed, the Mayo Clinic Health System announced it would invest $10 million to expand at Madison East, relocating some of their radiology department. With a growing demand for healthcare related services, Madison East is ready for the next wave of medical tenants.

The original building, with its well-known big box stores like Sears and Montgomery Ward, needed a consistent design statement. The renovation rebuilt the entire eastern side facing North Victory Drive—a major road in Mankato—creating a more uniform design for the center. 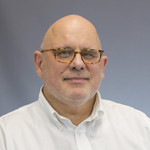