The City of Isle has discussed water and wastewater upgrades since 2012. Now, a decade later, the project has finally begun. New lines are slated for Isle Street, Maben Avenue, and an extension out to the industrial park. New water meters, a new well house, and a new well are included in the project.

The city also decided to remove its aging water tower. After going unused for the past seven years, and falling into disrepair, the decision was made to remove it. However, multiple steps were required in order to remove the tower. An intensive survey to comply with the National Historic Preservation Act was conducted, an Environmental Report was submitted to the State Historic Preservation Office, and the tower went through an architectural recordation process.

Isle City Clerk Jamie Hubbell said, “It’s a public safety issue, and we cannot use it for water storage anymore because of its condition. Even in an emergency it’s not able to hold water. A large portion of the expenses in the water department have been sucked up by maintaining the aging tower.”

Michigan-based subcontractor, Iseler Demolition, was tasked with safely bringing the old water tower down. Iseler specializes in the dismantling of water towers and tanks across the United States. They used plasma cutters and a crane to remove the tower in just one day.

Widseth provided engineering, architecture, surveying, and environmental services on the three-phase project. Widseth was also involved in helping the city secure a $3,000,000 grant from the US Army Corps of Engineers and a $1,675,000 grant from USDA Rural Development.

“It’s a blessing. We would not be able to do the project without the funding support,” said Hubbell.

The city anticipates substantial completion on the project by the end of 2022. 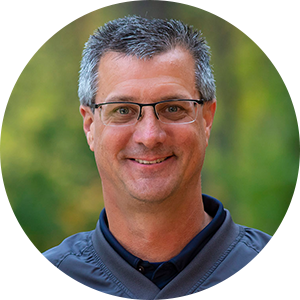