The City of Pequot Lakes has an 80-acre parcel of prime real estate that it is developing into a business park. This development opportunity sits between the new four-lane alignment of Highway 371 and the Paul Bunyan Trail. For this dream to come true, the city will face many challenges in the coming years. However, multiple tasks have already been completed to set this development up for success. To get the ball rolling the city turned to Widseth to help guide them through the initial stages.

Widseth has served as Pequot Lakes’ city engineer for more than 25 years. We are familiar with the city’s infrastructure and its vision for the future. The first step was to study the site and determine the best access points. Once this was established, our land surveying and civil engineering departments collaborated to develop a layout for the proposed business park. Road placement, lot sizing, and utility locations were some of the key drivers in developing the layout. 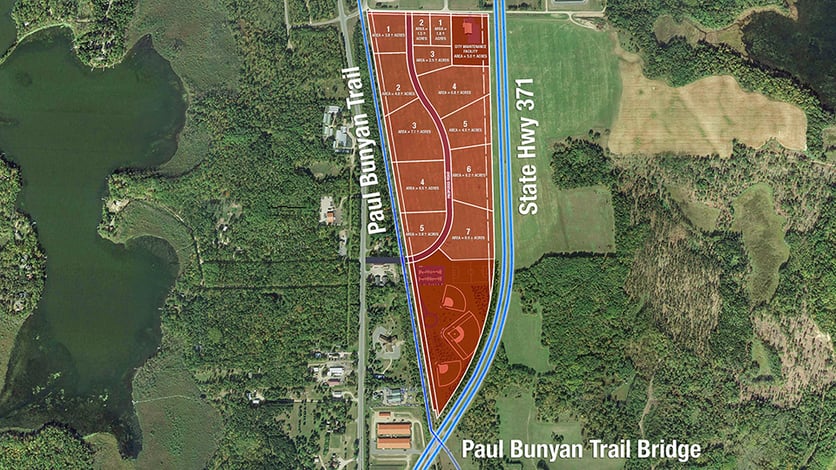 Once the layout was refined we were ready for the next step – shovel-ready certification. The city felt this was important to attract prospects to the development. Widseth performed an American Land Title Association (ALTA) survey, Phase I Environmental Site Assessment (ESA), and helped the city with its shovel-ready application. This included collecting utility data, coordinating a geotechnical investigation, and communicating with the Department of Employment and Economic Development (DEED). Obtaining shovel-ready certification speaks volumes to potential business owners because it means they’ll be able to start building within six months. We’re proud to say that the city’s application was approved, and the development is indeed shovel-ready.

The next step was marketing. The city realized it needed to do more than just promote the development, it needed to promote the lifestyle of its residents and the beautiful part of the state they call home. This 80-acre parcel soon became known as The Heart of The Good Life development.

The Pequot Lakes Economic Development Committee formed a team to spearhead the marketing effort. They selected Widseth to be part of this team and asked us to produce a promotional video. The video features conceptual animations of how the business park could be developed and benefits of the surrounding Brainerd Lakes Area.

The City of Pequot Lakes has made significant progress toward its vision of a future business park. It now has a well-planned layout, shovel-ready certification, and a dynamic marketing video to get the word out.

If you are looking to move your business, add another branch, or start the company of your dreams, contact the City of Pequot Lakes and start living in The Heart of The Good Life. 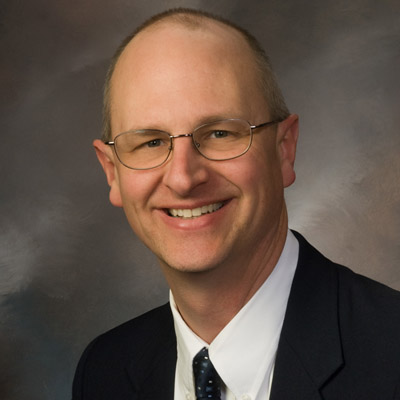